START: An Ode to the Birth of an Idea

At our recent Performery Open-Mic Night, I decided to participate by reading a poem I wrote called, START.

I composed it in 2013. I had attended TEDxRVA in Richmond, Virginia on an early spring day and my brain was filled with stimulating ideas and emotions. I had a lot on my mind as I turned in for bed that evening.

At the time, my wife and I were adjusting to life with newborn twins. Our nighttime routine had us waking up in the middle of the night to feed each baby their bottle.

When the alarm sounded at 2:00am that early morning, I held my daughter in my arm, sat on the edge of the bed, and began to feed her. Suddenly, several pithy lines of prose appeared in my consciousness—in a manner and pace I have rarely experienced.

Wanting to record this unusual moment, I carefully positioned my daughter in my left arm and continued to feed her the bottle with my left hand. I grabbed my iPhone with my other hand, opened up my Evernote app and began to capture the thoughts as quickly as my thumb would type.

When I woke the next morning, I quickly rushed to my computer and continued to write. By noon, START was finished. The random ideas I captured in the wee hours of the night transformed into an ode about the birth of an idea.

I shared it on my company blog, Medium, and other social media platforms and was soon surprised by the engagement and positive comments I received from all over the globe.

I share it with you now in the hope that it helps inspire you to take action—to take a shot on goal and pursue that brilliant idea you’ve been meaning to get to. After all, the only way it will ever happen is to START!

I’m coming for you

The wait is over

This is a call-to-arms

Today you cease to be a story in my head

Today is the day you will be birthed into the world

No more hoping for a natural delivery, I’ve scheduled a c-section

A creativity-section, so to speak

By starting I become stronger for trying

By trying I immediately separate myself from the masses

Who remain stuck in intention

Who unconsciously find comfort in the status quo

It is easier to dream than to start

Starting is only a beginning

But starting leads to learning

From learning to insight

Starting is better than complaining

No more excuses and why-nots

And fear of imperfection

Of not being good enough

My good enough is better than most

I will become present

I will bask in the glory of creation

I will honor you by gifting my full attention

For you deserve mindfulness

No more will I let my cans turn into should-haves

Of course, I can!

I can do anything once I believe

For we live in an age where nearly anything is possible

A dream only requires a computer connected to the world

So you see, Idea

There’s no security staying trapped in my head

Only to become a faded memory

On the stairway of death

No longer will I dread other’s judgment and criticism

Fear shall transmogrify into treasure

I’m climbing to the top of the mountain

To stake the flag of achievement upon its peak

I may get lost on the way up

I may back-track to find a better path forward

But I’m not coming down

I’d rather die trying than retreat

I commit to you a spirit of desperation

Of having no other option than to succeed

I dare to fail

A cacophony of thoughts

A caustic nougat of emotions

All created by you, Idea

Oh, the glory of clarity!

Starting is the only way 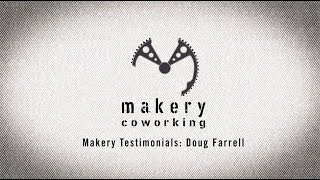